British Divers Marine Life Rescue (BDMLR) was formed in 1988, when a few like-minded divers got together in response to a mass mortality of common seals in the Wash area of East Anglia, to do what they could for the rescue effort in response to the Phocine Distemper Virus epidemic that resulted in thousands of deaths.

Since 1988, BDMLR has been involved in the rescue of marine wildlife after every major marine disaster, including the Braer shipwreck in Shetland, the Sea Empress grounding in Milford Haven, and the Napoli shipwreck in Dorset.

Seal rescue has remained a major component of the BDMLR’s work, with medics rescuing animals in all seasons around the UK. 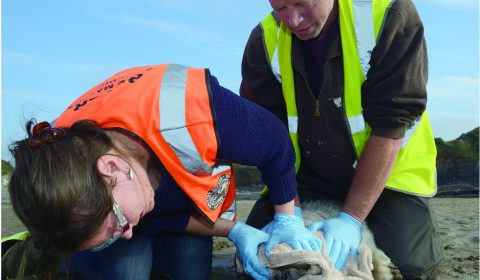 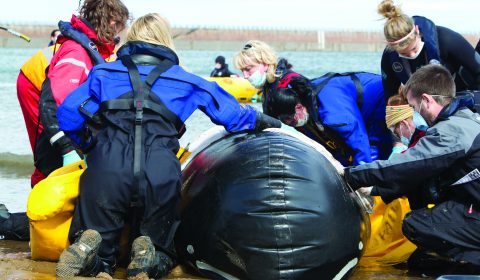 Although seal rescue has remained a key component of the charity’s work, it has become progressively more involved in the response to stranded and entangled cetaceans (whales, dolphins and porpoise). BDMLR were founder members of the Marine Animal Rescue Coalition (MARC), an affiliation of organisations with an active interest and involvement in the management of marine mammal strandings in the UK, with a primary focus of improving the response to live cetacean strandings. This has been achieved through sharing information and opinions, encouraging training and equipment, and consideration of the options available for the disposition of beached animals in the context of UK strandings patterns.

Every year, BDMLR trains over 1000 volunteer Marine Mammal Medics and has 20 whale rescue pontoons located at strategic points throughout the UK, waiting to help stranded whales and dolphins. 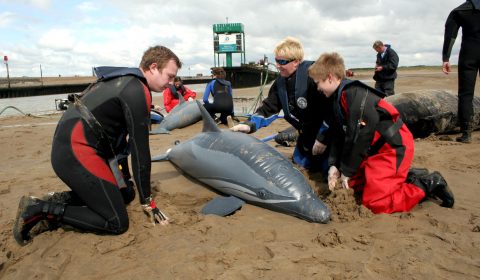